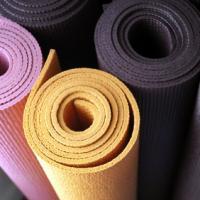 Oliver de Miguel who has been practicing yoga for the last 14 years and teaching nationally and internationally. As non-assuming teacher, he has trained students from all walks of life from all over the world with his self developed, easy to learn style. He adopts an open and friendly approach to yoga teaching.

With a traditional western background, he has studied Hatha yoga since 1999. He has studied and been initiated by well known Yoga Master Swami Dayananda, the disciple of Swami Rama of Arunachala. In 2007 he studied with Ananda Baba, deep into the Parvati valley, who is a second line student of BKS Iyengar. In 2008 he got certified from the Patanjali Yoga school in Dharamsala and in 2010 he went 5 month living in a cave 2700m high above the Parvati river practicing Antar Mouna a silent meditation. Later that year he got certified with Sivananda in Kerala as Yoga Siromani (Teacher of Yoga) and in 2012 certified as Yoga Acharya (Master of Yoga).

Since 2007 he teaches around Gokarna and the last 5 seasons at the Namaste Yoga Farm on Kudle beach. He is also a Reiki Master offering on occasions Reiki sessions. His teaching comes from the heart, making it distinctive and unique. He teaches throughout Europe and Asia bringing his unique traditional yoga style to enthusiasts globally. He runs internationally Yoga Courses and Yoga Retreats in Canada, Germany, Spain and India throughout the year.