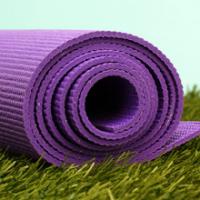 Our yoga classes and programs are based on the Hatha Yoga teachings of Swami Kripalu. Swami Kripalu was an ascetic yogi whose intensive practices led him to a very deep understanding of yoga, which he passed on to his students. His teachings were the inspiration behind Kripalu Yoga© as developed by Yogi Amrit Desai and taught at Kripalu Center for Yoga and Health in Lenox, Massachusetts.