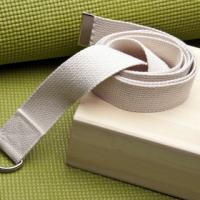 Whether it is at the luxurious Chi Spa at the Shangri-La in Ortigas, the sprawling and spacious tropical abode with chirping birds to boot in Alabang, high above the maddening crowd on the 5th floor quiet haven that is shared with Good Qi in Makati, or the jewel in the midst of the busy cityscape in Quezon City, the peaceful energy derived from Yoga Manila’s four yoga studios is almost palpable.

Began in 2006 by thirteen dedicated men and women who wanted to deepen and share their study of yoga and convinced of the many treasures it unfolded, Yoga Manila has come a long way. It is now home, not only to Ashtanga Yoga which anchored its beginnings but also to the different branches of yoga and beyond.

Yoga Manila’s senior teachers have had a personal practice for over 10 years with Paul Dallaghan, earning teacher certifications at the 500-hour level. In addition, they also have a personal practice of Pranayama under the tutelage of Sri Tiwari, following the tradition set by Swami Kuvalayananda in 1924.

The yoga we know today was part of a civilization 10,000 years ago. In ancient times, yoga techniques were never written nor exposed to public view. They were passed on from teacher to student by word of mouth to ensure a clear understanding of its meaning and aim. It was through personal experience that sages guided sincere aspirants to what they believed was the right path, avoiding confusion and excessive mental contemplation.

For most people however, yoga is simply a means of maintaining health and well-being in a stressful environment, losing those extra pounds as a bonus. Asanas or poses remove the discomfort accumulated from slouching in a chair over a desk at the office. Relaxation techniques maximize the diminished breaks we get in the age of smartphones and 24-hour shopping.

Regardless of what people believe yoga to be, the neophyte will definitely find in Yoga Manila that which suits his personality best. The initiated will further deepen his practice of harmonizing the physical, emotional and mental levels in any of its four studios.