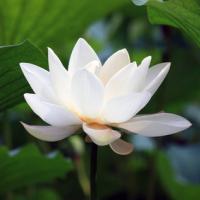 Seven Stars Internal Arts was founded in 1994 in West London by Andy Cullen as a Tai Chi and Yoga school.
Sifu Andy Cullen is a Tai Chi master with decades of continuous practise and Cullen started training in Kung Fu in the early 1980's, continuing training as a black belt until leaving in the late 1980's to begin learning Tai Chi Chuan from master Chu King Hung, who was the disciple of Yang Shou Chung (the eldest son of Yang Chen Fu)Andy continued his studies throughout the 1990's with Sifu Phil Hewson where he began training in Yoga, weapons, advanced Tai Chi martial applications and advanced QiGong.

Opening his own school in the mid 1990's in London he became the head of Seven Stars Internal Arts in West London, opening a school in Spain and finally settling in Portsmouth.

He has never stopped training and teaching and has the experience of teaching over 20,000 classes and qualifying many experienced instructors.