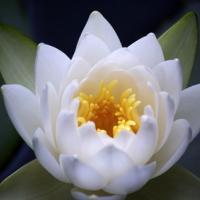 I am originally from Scotland I began my yoga journey in India. I began my self study with some wonderful teachers from the Himalayas where I was introduced to Hatha yoga. From there I have continued to learn and discover through my practice of yoga. I have had the pleasure of studying with some highly regarded teachers and schools in India, Europe and Mexico and Central America including; Mysore ashtanga, vinyasa flow, yin yoga and Iyengar. I love draw influences from all my yoga experiences to create creative flow classes with a focus on alignment. After holding classes in both Asia and Scotland I found a home for two years as one of the resident instructors on the Spanish island of Fuerteventura with Azul Yoga and Pilates Retreat.

Since June 2013 I have had the pleasure of teaching at Yoga Utila, Bay Islands, Honduras.

I continue in this moment to learn, teach and grow with Yoga Utila.