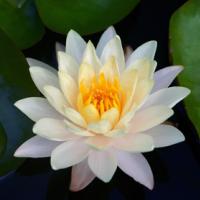 Having been introduced to Asian spiritual practices in early childhood, Gideon spent his teen years intensively studying yoga, music, meditation, and martial arts. He later moved to India, where he spent the next 5 years studying and refining these arts with yogis and teachers throughout India, Nepal, Thailand, and Sri Lanka.
YOGA
While he spent much of his time living and training with various little-known yogis and ascetics during his years in the Himalayas, Gideon also studied yoga at world-renowned ashrams such as the Sivananda Ashram, the Omkarananda Ashram, and the Neem Karoli Baba Ashram; he received his advanced certificate in yogic studies from the Bihar School of Yoga.
TRADITIONAL HEALING
While living in the Himalayas, Gideon was drawn to the formal study of both Ayurvedic and Chinese medicine through training in traditional massage and herbal therapies. When he returned to the USA, he studied at the International Institute of Medical Qigong, where, after years of academic and clinical training, he was awarded a doctorate in Chinese Medical Qigong Therapy (DMQ) through the Western District Medical Qigong Science & Traditional Chinese Medicine Research Institute. He is currently studying herbology both at the East-West Herbal Academy and with Master Duan Zhi Liang.
MEDITATION & SPIRITUALITY
From 2000 to 2003, Gideon deepened his understanding of meditation and enhanced his energetic skills with a comprehensive three-year clairvoyant training program through the Berkeley Psychic Institute. Afterwards he returned to intensively study various Asian mystical traditions, eventually becoming a Daoist priest through the ancient Long Hu Shan Monastery in southeastern China.
MARTIAL ARTS
Trained in shaolin gong-fu and shotokan karate as a youth, Gideon specializes in Chinese internal gong fu (kung-fu). He is a master instructor (shifu) in Chen and Yang family taiji quan (tai-chi), and is currently studying hua jing (metaphysical boxing) and ba gua zhang (8 trigram palm). Gideon also practices Primordial Chaos Qigong, a secret martial system passed to him by Master Duan Zhi Liang, an elusive master of both medicine and martial arts who was born and raised inside the Imperial Palace before the fall of the Qing dynasty.
PROFESSIONAL EXPERIENCE
In addition to teaching local and international classes and workshops, Gideon maintains a Chinese medicine clinic in Los Gatos, California. He travels regularly to further his skill and understanding of ancient martial, medical, and spiritual training systems also brings groups to Asia to study medicine and mysticism.
BOOKS, ARTICLES, & PUBLICATIONS
Gideon is the chief editor of the five-volume textbook series used in most Master’s degree qigong programs, having worked together with founder Jerry Alan Johnson to produce the first comprehensive English language account of the history and practice of medical qigong. He has also edited and contributed to more than half a dozen other books on qigong and Daoist mysticism.