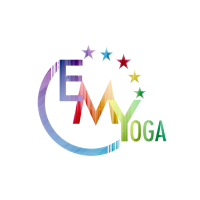 She created Energy Medicine Yoga while teaching at Norwich University, the oldest, private, military college in the country. Her goal was to help students have more ease and calm in their lives and access the core part of themselves that is always whole. The huge success of her work there led directly to the publication of her first book.

Lauren teaches EMYoga across the United States and internationally and has been featured in Yoga Journal, Mantra+, Yoga Digest, and The New York Times.
She also trains teachers to teach her highly intuitive, simple healing method. EMYoga is compatible with all types of yoga.

It is also the only yoga style in the world with its own built-in health care system in the form of thousands of practitioners trained at Donna Eden’s school, Innersource. Energy Medicine practitioners to work one-on-onewith to get their clients’ energy working for them.

Lauren was named one of the 100 most influential yoga teachers in America by Sonima.

She is passionate about healing, building a toxic-free world, and reversing the effects of global warming. Without a healthy environment, we have nothing!

You can find her complete schedule at ॐ

Lauren was raised in Worcester, Massachusetts, and had an early love for the arts. She published her first poem at age eleven.

She went to NYU and majored first in theatre, at Tisch School of the Arts, and then moved on to graduate with a degree in english and creative writing from the Gallatin Division. She turned down a fellowship in publishing to travel the world, in order to gain a different kind of education. She wandered over the globe working in various countries, including teaching snowboarding in New Zealand and Montana and selling chocolate brownies in Ecuador.

She returned to New York City in 1996, and began work on a novel. Her roommate gave her a flyer for a yoga studio in the neighborhood so she could do some form of exercise. Lauren had always thought yoga was snore-bore, until she stepped foot into the Jivamukti yoga studio on Second Avenue; her life was forever changed.

After completing a yoga teacher training program in 1997, she taught yoga in New York City at Integral Yoga Ashram in the West Village, before relocating to Montana and beginning to teach classes there. Life in the city felt stultifying to her. She was used to playing in big mountains.

She founded and operated the first yoga studio in Northwest Montana, Satsang Yoga Center, for three years, before dissolving it and relocating to Canada as a war protester. In her first winter in Canada, her amazing yoga teacher, Mary-Jo Fetterly, had a ski accident that left her a quadraplegic. The loss of her yoga teacher, and her own studio, made Lauren re-evaluate her life, and she stopped teaching yoga for the next seven years.

During this time she pursed her passion for the arts, continuing to write novels and screenplays, play in a folk band, and train as a sculptural welder. She also continued traveling the globe, spending time in New Zealand, Europe, Alaska, and the far northern reaches of Canada.

She spent time immersed in the primitive skills practices of Tom Brown Jr. studying at his schools in California and New Jersey.
She also discovered the work of Donna Eden, author of Energy Medicine, and began her lifelong immersion into Donna’s work.

With the election of Barack Obama, she moved back to the United States, to a tiny town in Vermont. Her yoga teacher at the time told her she needed to start teaching again. So she started teaching again at Norwich University, and the experience there changed her life, renewing her devotion to the transformative power of yoga. She put to use her diverse and eclectic background to create a program that the young men and women of Norwich could use on their own fierce journeys in the world. That program became Energy Medicine Yoga.

She also continued her artistic endeavors, writing a musical, SLaM: The Hockey Rock Opera, which was performed to sold-out houses in Montpelier, Vermont, and received a notice in The New York Times. It went on to a musical theater festival in upstate New York. Lauren rewrote it as a screenplay, and it is currently under option for production.

With the success of EMYoga, Lauren has put her attention on teaching, training teachers, and sharing the powerful and simple tools that she’s gained over the years.