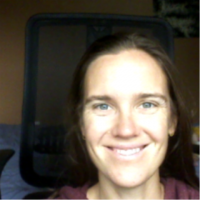 I went to India to to fieldwork for my masters in political science and when I came home I had a culture chock and needed anything Indian. I brought my mother along to a first set of yoga classes.

I did the 375 hrs teachers training with Satyananda Yoga Sweden which is part of the Bihar School of Yoga (). In 2006 I lived five months at the Yasodhara Ashram in Kootenay Bay, founded by Swami Radha (). Both Swami Satyananda and Swami Radha were disciples of Swami Sivananda. I am also inspired by mindfulness meditation and Thich Nath Hanh.

I live in Slocan with my husband who composes awesome yoga music, two kids who are teaching me kids yoga and nine chickens.